The NHS across , Wales, Scotland and Northern Ireland recently issued an Estate and Facilities safety notice that anti-barricade devices can be ineffective in certain cases. this relates to button stops, which can fail to operate if a service user pushes on the door from the inside.

As a manufacturer of various anti-barricade stops and locksets, we were actively involved with the original product investigations with the Health and Safety Executive when the original incident leading to this safety note occurred.

The safety notice requires Estate and Facilities teams to review the effectiveness of the anti-barricade devices used in their and replace them if required.   is required by 19 February 2018.

Anti-barricade stops allow staff to open doors outwards in an emergency – for if it’s jammed using body weight or an item of furniture on the inside.  However, some anti-barricade devices can cease to operate if excess pressure is exerted on the door from the inside.  This is because they rely on low friction between the door and stop to function correctly.

In one incident an aggressor attacked a member of staff and barricaded the door by pushing against it.  This prevented colleagues from accessing the room when the emergency attack alarm was activated to assist.  In this case, the force from the aggressor provided enough friction to stop it working.

The aggressor was able to maintain the barricade for around three minutes, during which the attack continued.  Staff were able to gain access eventually, but the delay meant the staff member sustained injuries that may have been avoided.

The safety alert relates specifically to push button stops, but recommends identifying any anti-barricade devices and reviewing their effectiveness.  This includes looking at the latches, hinges and special locks used to prevent being barricaded closed.

Estate and facilities teams are also required to investigate the ability of service users to tamper with the anti-barricade device and prevent it working, requiring that devices are tested for likely barricade scenarios.

The video below demonstrates one of the tests we created when we developed our collapsible stop.  The leg press test shows whether the device can still be released when excess pressure is exerted.  We’ve shared our knowledge here to help assess resistance to excess pressure. Where anti-barricade devices are found to be ineffective – thereby increasing the risk of avoidable harm and self-harm – they should be replaced.  There are a number of anti-barricade stops which can be retrofitted.  Importantly, teams should test – or seek test evidence – to ensure that the replacement device addresses the limitations raised in the safety notice.  Hinged stops can suffer the same limitation as push button stops – where excess pressure can cause the stop to fail. Our retrofit anti-barricade stop (Movastop) was selected over a hinged stop when the original Health Board assessed options to replace the push button stops with.  It uses a vertical release movement which is less susceptible to pressure from the because it minimises the friction between the door and .  It also uses an operating lever which provides better leverage to aid staff release. 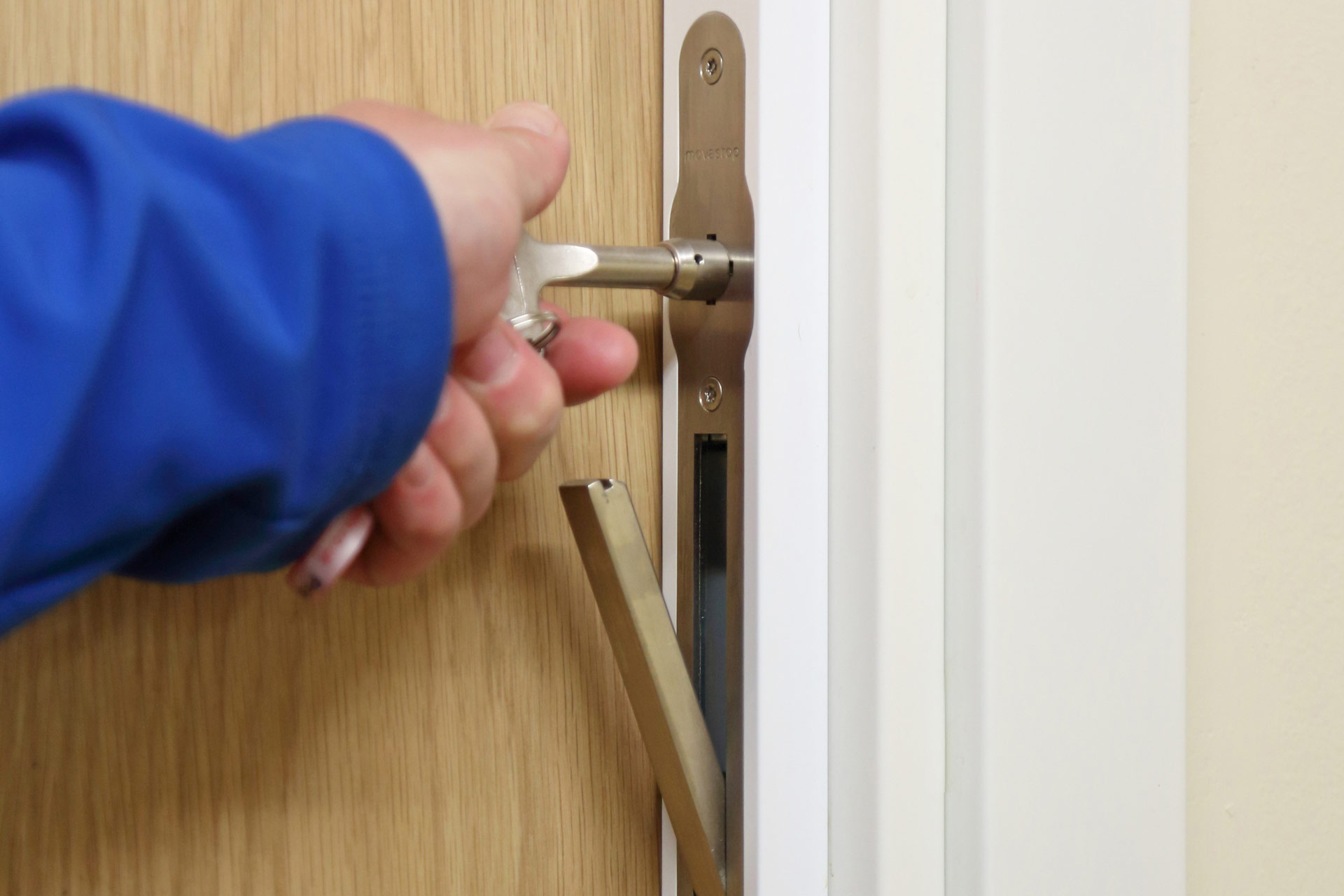 For new builds and major refurbishments, our collapsible anti-barricade stop is the ideal solution. With access in just 2 seconds, it offers the fastest emergency access. 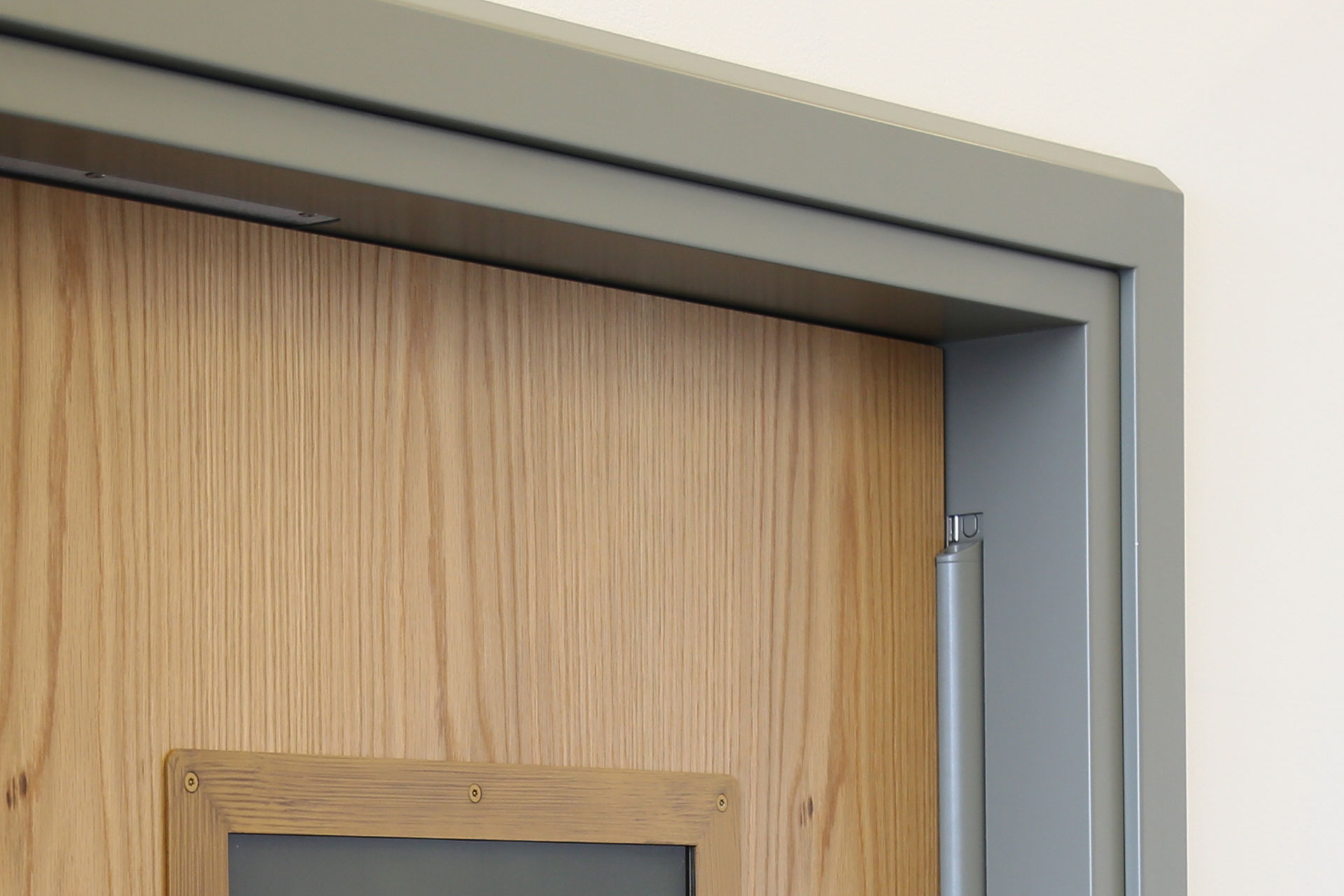 Built into the frame, its hinge pivot point is uniquely, and critically, to the side of the door – ensuring excess pressure actually aids its collapse to allow the door to open outwards. 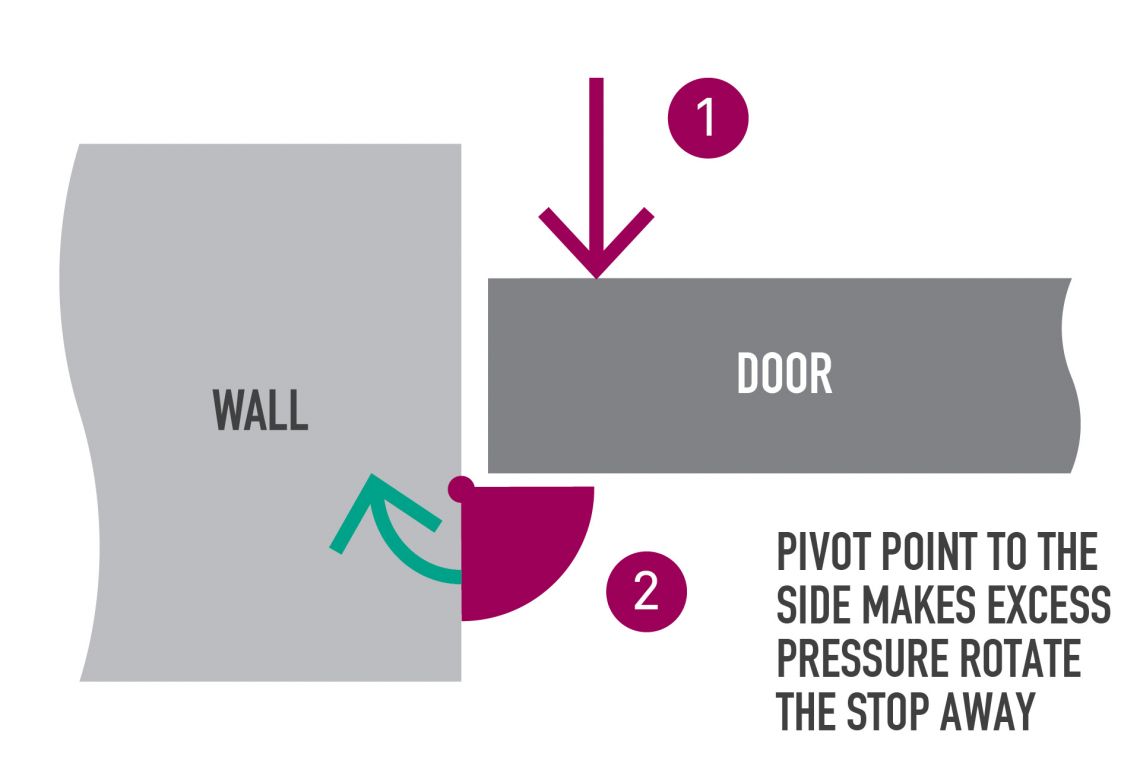 When considering the tamper resistance of the device, assessors should look at ways the device can be rendered inoperable.  One common risk area is the release mechanism, which might use a key.  In the case of key operated devices, particular attention should be placed on the ease of service users to block the keyway with items like toilet paper and chewing gum.

The report reference is EFA/2017/002 and it can be downloaded from the NHS Central Alerting System.

NB: We’ll only share this with verified NHS email accounts due to the sensitivity of the content. 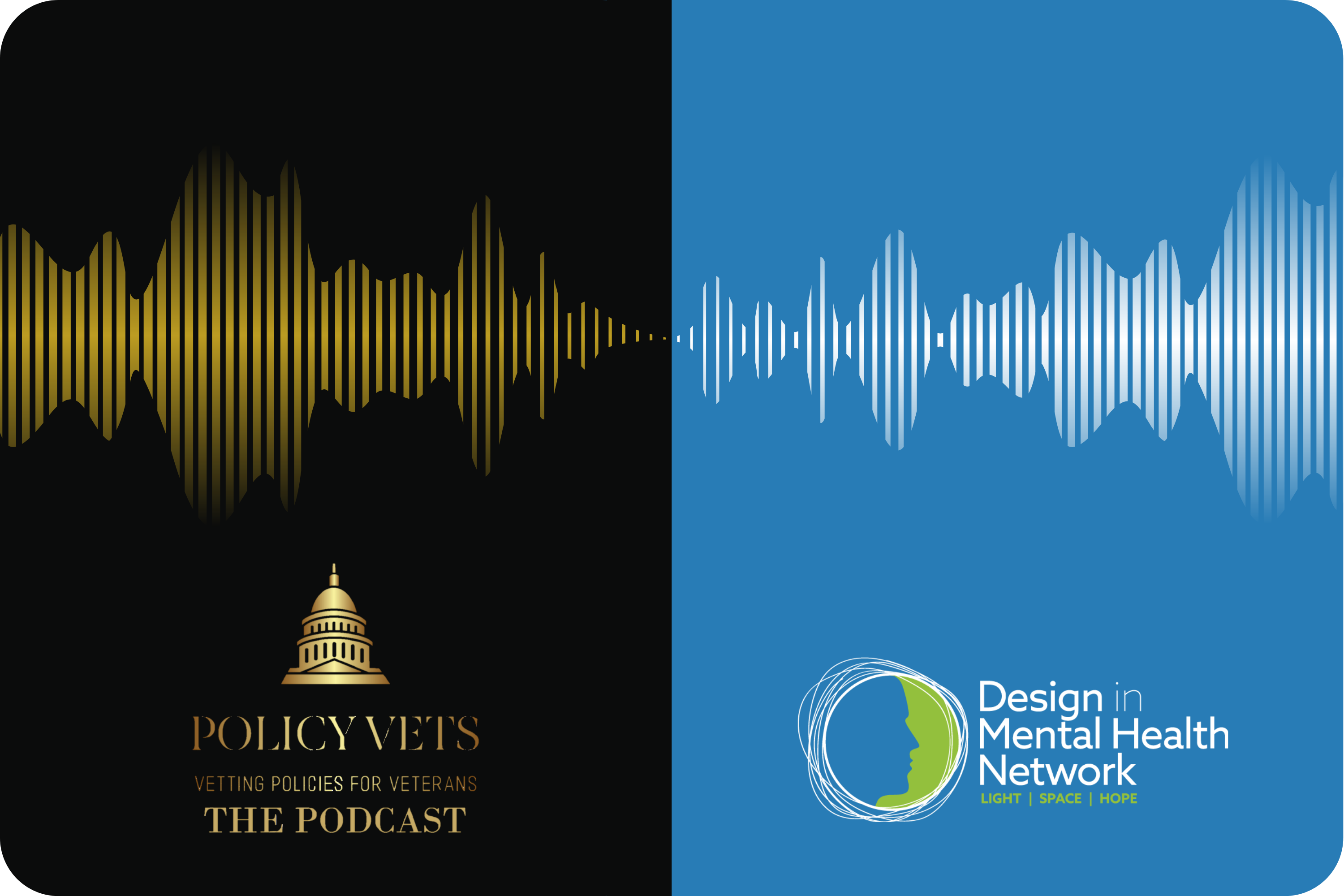 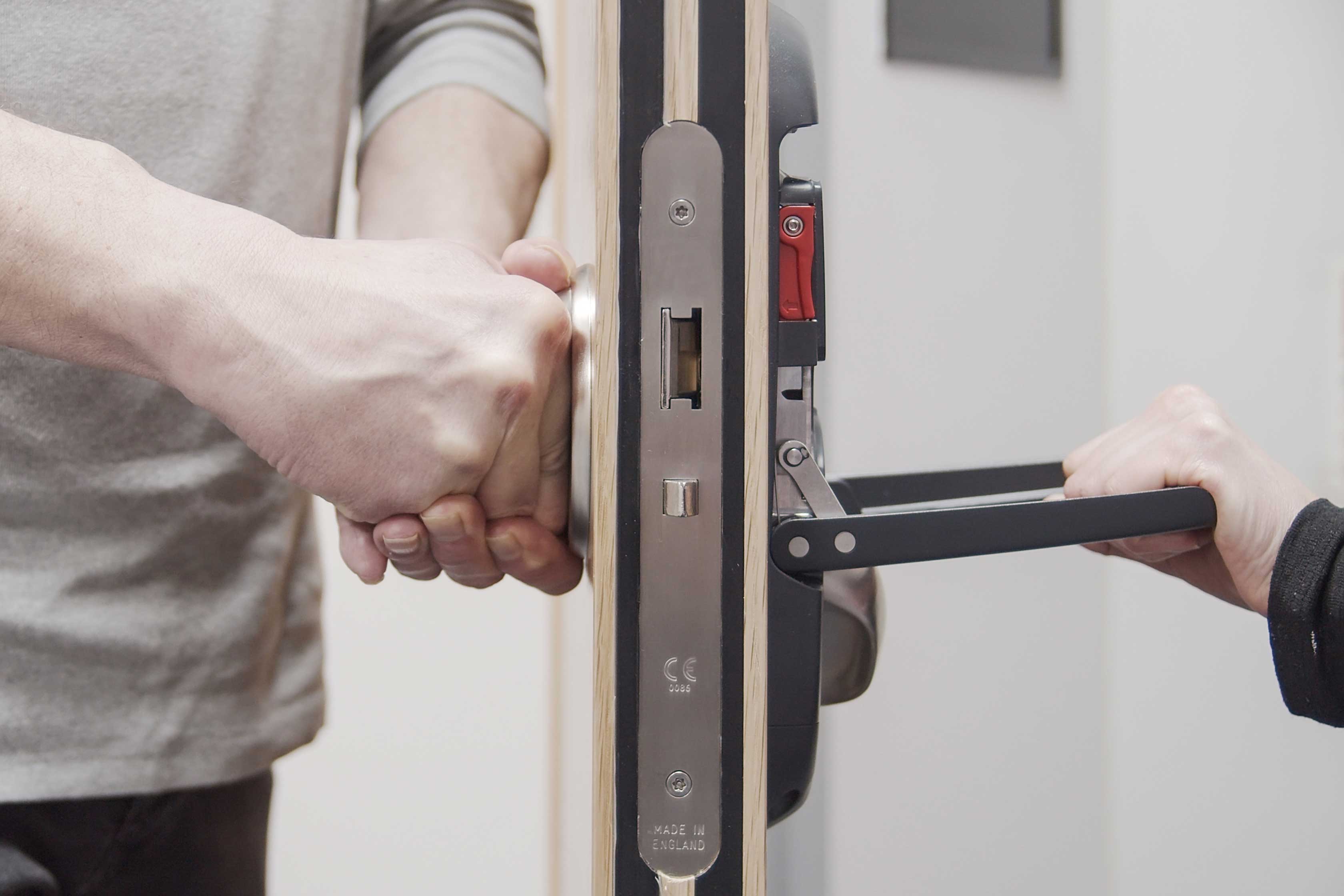 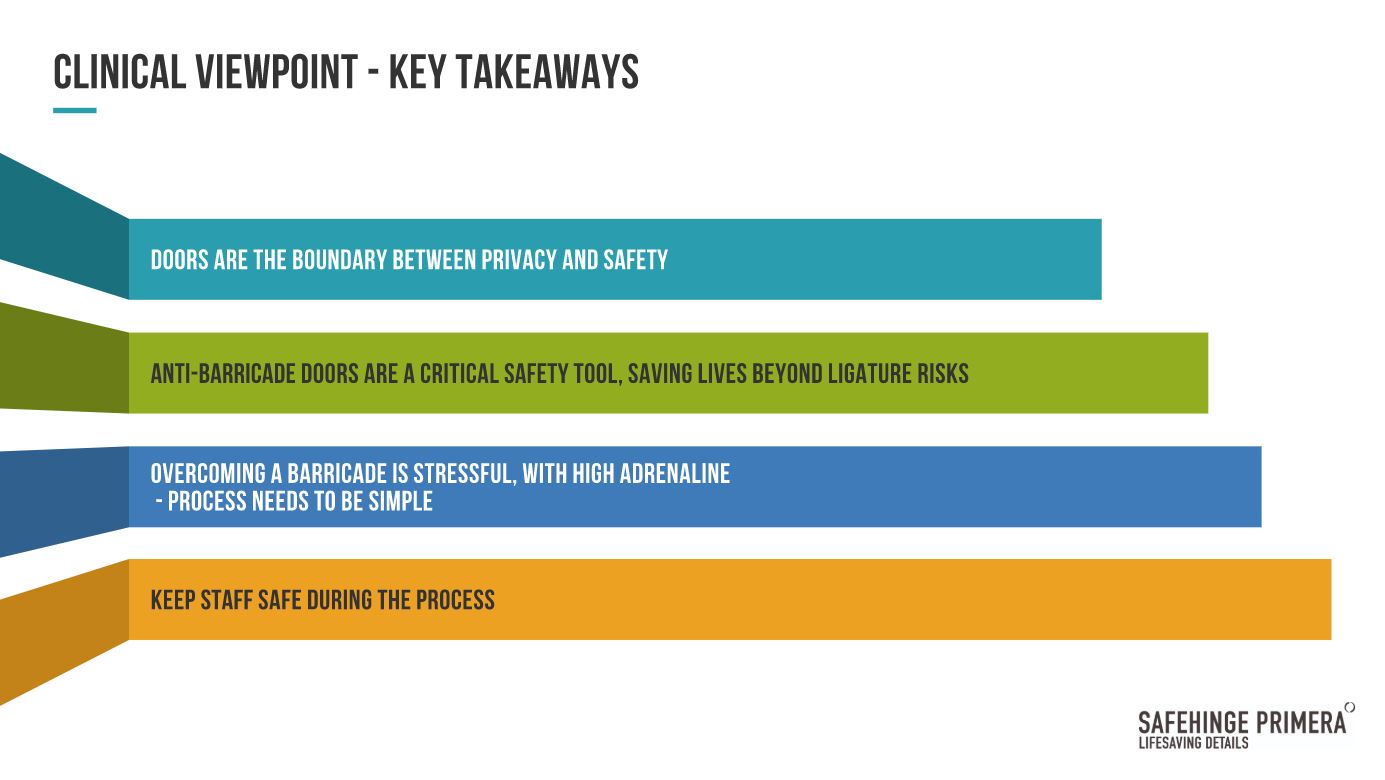